WALK down the street and you’d be hard-pressed to find more men with a clean-shaven face than those with beards.

Beards have become a must-have for men, whether its a bit of stubble or long enough to run your fingers through.

In 2016, Karel Poborsky was hospitalized after contracting Lyme disease from a tick living in his beard

They may be on-trend, but have you ever stopped to consider how many nasty bugs could be lurking under your luscious locks?

Former Manchester United winger Karel Poborsky was diagnosed with Lyme disease in 2016 from a tick carrying the disease that was living in his beard.

Poborsky, now 46, needed immediate medical attention and was given antibiotics to fight the infection.

It momentarily left the Czech midfielder with a paralyzed left cheek, but he took to Facebook this week to reassure fans that he was out of the worst.

Ticks are the only things that could be lurking below the surface of your beard.

Some studies have found that beards can be a breeding ground for bacteria as nasty bugs.

Beard hair is courser than normal hair which means it can trap bugs and dirt more easily.

Beards have become a must-have fashion accessory, but they can easily trap dirt and bugs

The majority of men claimed they always washed their beards with soap the day they were swabbed, but it did nothing to fight the germs.

But is this cause for concern and should men be reaching for the razor?

Dr. Sarah Jarvis, GP and clinical director of Patient.info, said it’s unlikely the bacteria lurking in beards are going to cause any health concerns.

“On the one hand there is potential for beards to be full of bacteria,” she told The Sun Online.

Men with beards may also be more prone to skin irritation

“But a lot of it is normal bacteria that would normally live on the skin anyway.

“On the other hand, shaving isn’t great for your skin either.

“The issue is that beard hair is courser than normal hair, therefore it’s more likely to trap germs and dirt.

“Food can get stuck in there, germs can live on them and you can end up with eczema and other skin conditions because you get scales building up.”

Beard hair is courser, which means it traps bacteria more than normal hair

Some of the germs found on beards include staphylococci, which can cause skin infections.

The bug lives on the skin naturally but some studies have suggested higher numbers live in beards.

If you sweat a lot under your beard then you’re more likely to get skin irritation, you’re also more likely to pass germs into your mouth if you handle your beard too much simply because the germs on your hand will find their way there.

That person with a cold that sneezes next to you on the train, well there germs are likely to be trapped in your beard and that’s far too close to your mouth for comfort.

Other studies have found that facial hair spreads bacteria more than clean-shaven faces.

A study published in the journal Anaesthesia looked at whether surgical masks caught bacteria from surgeons faces, and if having a beard impacted how much bacteria was caught.

“What they found was that men with beards do harbor a significant number of bacteria, more than non-bearded men and women,” Professor Anthony Hilton, head of biological and biomedical sciences at Aston University, told the Mail Online.

“And bearded surgeons wearing masks did shed more organisms from the beard outwards when they wiggled.” 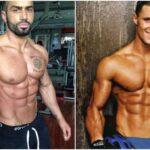 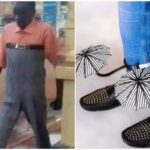