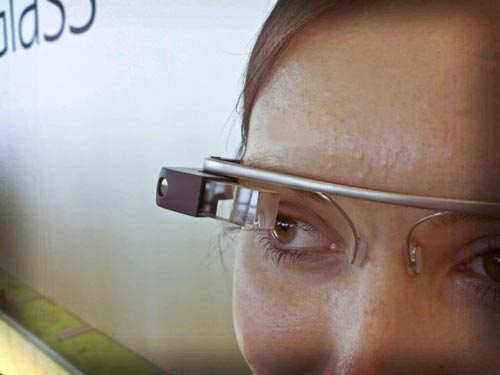 Someday augmented reality will become a mainstream feature of ordinary eyeglasses and sunglasses for everyday, general-purpose consumer use. But that d

Someday augmented reality will become a mainstream feature of ordinary eyeglasses and sunglasses for everyday, general-purpose consumer use. But that day is many years in the future.

Reading the news, it’s easy to conclude that consumer smart glasses are on the brink of becoming available.

Apple is famously toiling away on future iGlasses, or whatever it will call them. A recently published “continuation patent” (which is a patent that the company wants the Patent Office to keep examining to change the scope of the original patent) describes what Apple calls “data glasses” capable of integrating virtual content with the real world, including for StreetView-style turn-by-turn directions and other location-based applications.

Facebook’s “Reality Labs” has been working on augmented reality glasses for a few years. A patent filed this week by Facebook describes a “cartilage conduction audio system for eyewear devices” that would project sound into the ear without blocking ambient sounds.

And Facebook CEO Mark Zuckerberg was spotted this month visiting the headquarters of Luxottica, which is a global eyeglass giant known to be interested in partnering with smart glasses makers.

These projects by Apple and Facebook won’t ship as consumer products for many years. The technology simply isn’t ready.

When smart glasses look just like ordinary prescription glasses and sunglasses, without conspicuously thick frames or awkward protrusions, consumers will be happy to buy and wear them.

For the next several years, however, glasses with sensors, electronics and batteries that can power cameras and screens will look ugly, bulky and oversized.

Google introduced last week an updated version of its smartglass product, called Google Glass Enterprise Edition 2. This is the third version of Glass — the first of which was the experimental “Explorer” version introduced by invitation only six years ago, and the second was the first Enterprise edition of the product.

More From: Tech and Gadgets