She is no stranger to fame coming from a famous family and with a super model mom. She usually dont go with the weather she rock whatever she want no matter the season, such as Tommy Hilfiger jackets and trousers in the heat of summer. She supermodel is not afraid to show some skin and she loves crop tops and slinky Versace gowns. Here are some of her most outstanding looks.

Gigi Hadid seen on the streets of Manhattan on December 11, 2018 Photo courtesy of Getty Images.

Gigi sports those bicycle shorts, despite the chilly weather

Tommy outfit no matter the heat

She wears an embellished Sally LaPoint sweatsuit in New York 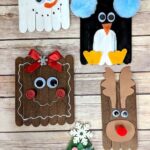